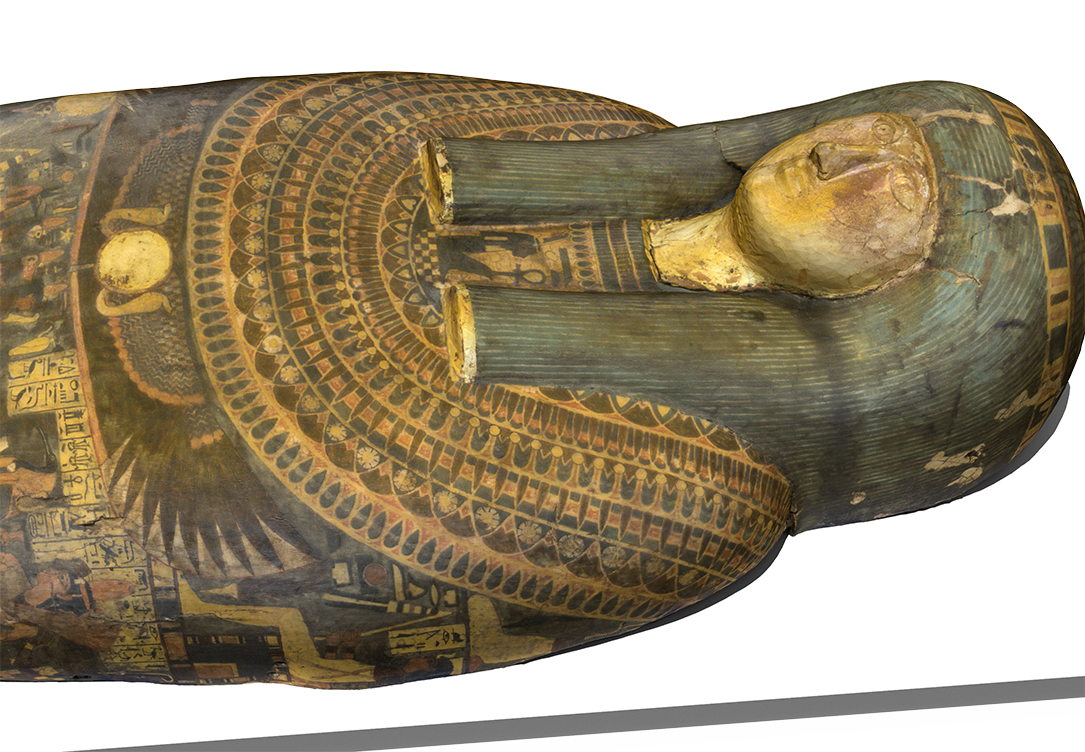 This cartonnage (a mummy-envelope made of linen, gum, and plaster) was the innermost coffin in the nesting set of a man named Nes-pa-per-en-nub. We can tell that Nespaperennub lived in Thebes during the 22nd dynasty by the style of his coffin and his titles which are painted on it1. Nespaperennub's coffins (and his mummy) were purchased by Adolf Sutro in Egypt in the early 1880s and were displayed at the Sutro Baths for over half a century. Happily, they were transferred to San Francisco State University before the Baths burnt to the ground in 1966.

We will be posting more information about Nespaperennub and his coffins in the near future as we continue to research this piece. However a discussion of the iconography of this cartonnage was published by A. L. Becker-Collona, whose influence was integral to the transfer of the pieces to SFSU, where they remain today as part of the Global Museum's Collection.