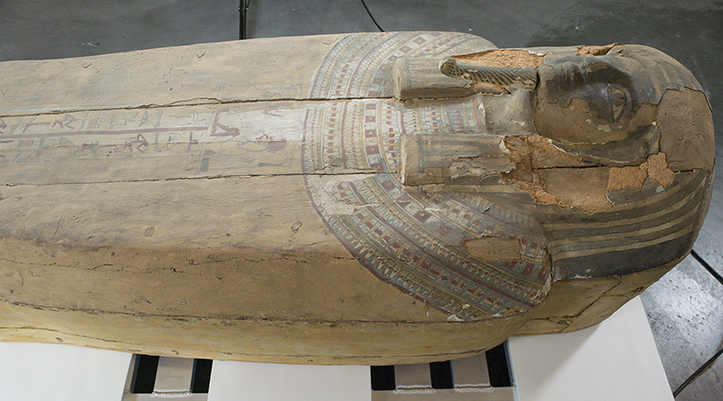 This coffin belonged to a man named Iwefaa, whose name is inserted in the middle of the spells written in the two columns on the front. This coffin is likely the outer coffin for PAHMA 6-19928 based on the similarity of the Owner's name, unusual costume, and the paleography of the inscription. Both coffins were purchased on the antiquities market by George Reisner for Phoebe A Hearst. However, stylistically, they are very similar to a set of coffins known to have come from the site of Akhmim, which was excavated in the 1880's by Gaston Maspero, and which has heavily looted for the antiquities market during this decade.

The pectoral vignette between the text and the collar shows the deceased standing before squatting baboon and is the source of our logo. The hieroglyph for "sky" is above their heads, and the side borders are formed by a pyramid and the symbol for the West.