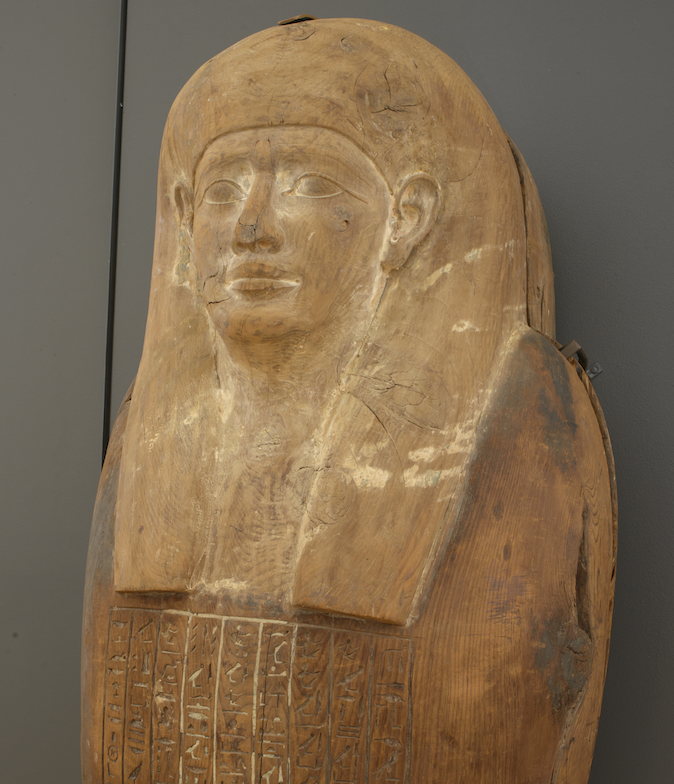 This cedar-wood coffin belonging to a man named Irethoriru was once brilliantly painted, but only traces of its color remain: some blue-green stripes can still be seen behind the right ear and some white cement might have been used to set glass inlays into the central inscription. The coffin is stylistically similar to those made in the 30th dynasty and the early Ptolemaic period, so Irethoriru probably lived during this time. The coffin gives the names of his mother and father, but we know little else about him at this point, other than that he was wealthy enough to afford a coffin made from imported wood.

The coffin of Irethoriru was gifted to the Fine Arts Museums of San Francisco by Diane B. Wilsley in honor of Alfred S. Wilsley.