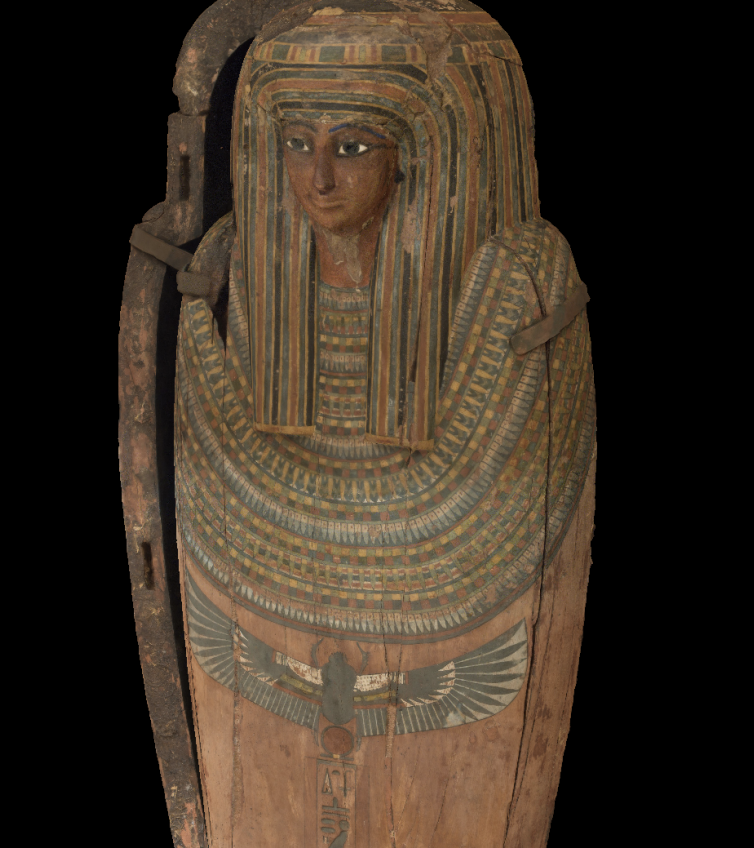 This is the middle coffin of Nespaperennub, a priest at the temple of Amun at Thebes during the 22nd Dynasty. The cartonnage shown here (SFSU 107.1,2) would have originally fit inside of it in the manner of a russian doll. Likewise, it would have fit inside the outer coffin (SFSU 105.1,2). Nespaperennub's coffins (and his mummy) were purchased by Adolf Sutro in Egypt in the early 1880s and were displayed at the Sutro Baths for over half a century. Happily, they were transferred to San Francisco State University before the Baths burnt to the ground in 1966.

We will continue to post more information on the coffin enssemble of Nespaperennub, and on Nespaperennub himself, so please check back.